Creating is in my blood. My Father was a designer & my Mom was a talented needle artist. Since I was a child,I have always been busy with various forms of fiber work including knitting, crochet, needlepoint, embroidery and weaving. Alongside of those interests was that famous old cookie tin of buttons that I loved to play with. During my fulfilling career in education I created and sold to colleagues and some local stores.The ease of online selling became a reality for me in 2005. I now devote myself fulltime to combining fibers and buttons but I also love and make tape measures, clocks, magnets and bookmarks.There's barely a craft I haven't tried! Please don't ask me to paint...that's another story!
I love special orders so don't hesitate to ask. I am proud of my 100% feedback selling online with over one thousand items off to new homes in the US and around the world.
In April 2007 a book called Button!Button! was published and several of my creations were included (pictures below). It was a very exciting experience. I also had a small feature in Knit Simple magazine's fall 2012 issue and another in Vogue Knitting's crochet issue, spring 2014. I am also a finalist in Martha Stewart's American Handmade event. 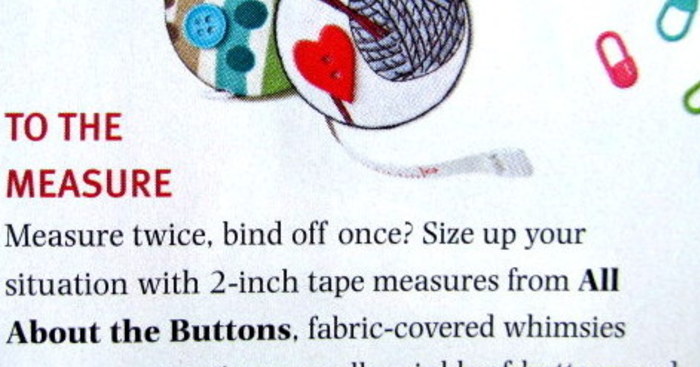 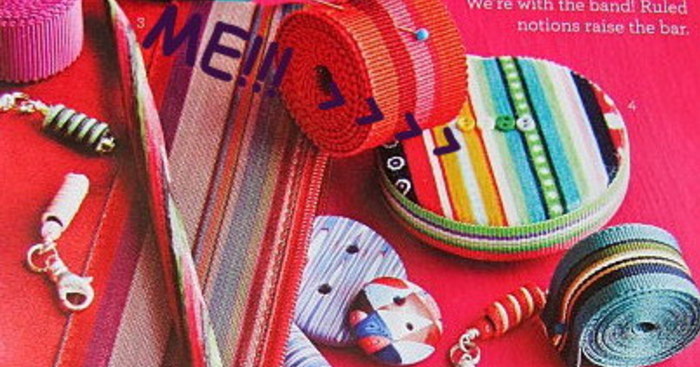 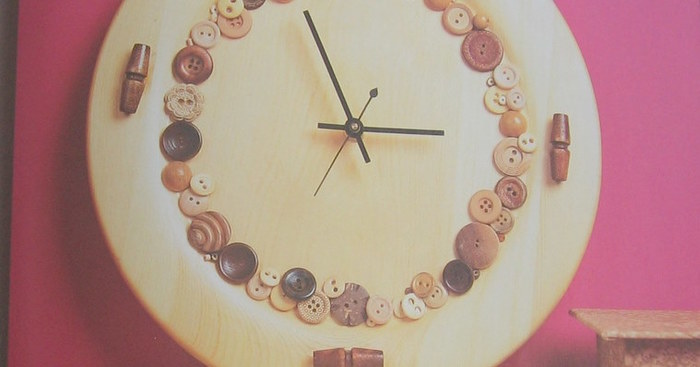 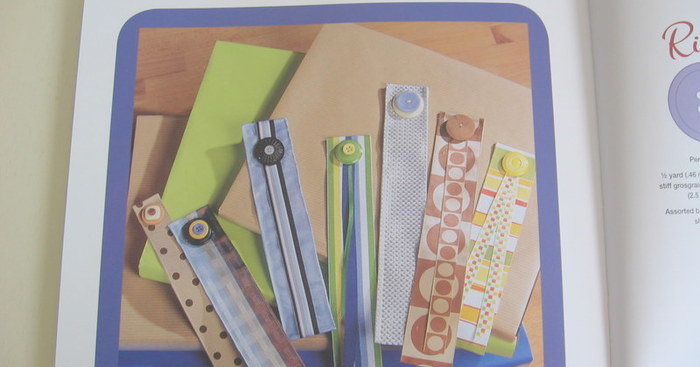 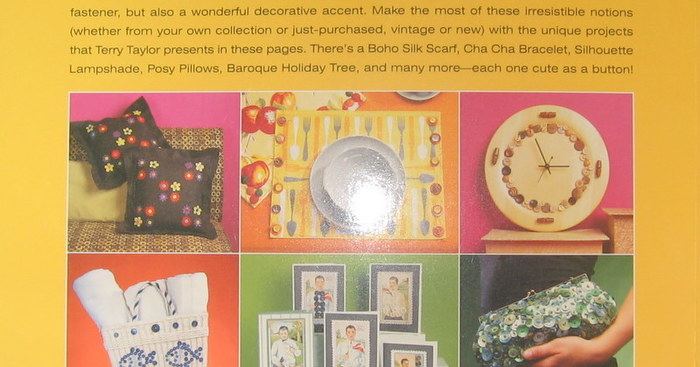 The back cover of Button!Button!

Welcome to my eclectic world of home and personal decor, mostly all embellished with buttons...tape measures, clocks, scarves, gloves, wall hangings & much more. Everything is made by me in my pet & smoke free home.